On August 26, 2020, the Securities and Exchange Commission (SEC or Commission) adopted amendments to the definitions of “accredited investor” and “qualified institutional buyer” under Rules 501(a) and 144(a) of the Securities Act of 1933, as amended (Securities Act), which were originally proposed in December 2019 to expand the types of qualifying individuals and entities. The amendments are designed to update and more effectively identify institutional and individual investors who have the knowledge and expertise to participate in private capital markets. The amendments:

• add a new category to the definition of accredited investors that permits natural persons to qualify based on certain professional certifications, designations or
credentials or other credentials issued by an accredited educational institution, which the Commission may designate from time to time by order. In conjunction
with its adoption of the amendments, the Commission designated by order holders in good standing of the Series 7, 65 and 82 licenses as qualifying natural persons;
• include as accredited investors, with respect to investments in a private fund, “knowledgeable employees” as that term is defined in Rule 3c– 5(a)(4)
under the Investment Company Act of 1940 (1940 Act);
• clarify that limited liability companies with $5 million in assets may be accredited investors and add Commissionand state-registered advisers, exempt reporting advisers and rural business investment companies (RBICs) to the list of entities that may qualify;
• add a new category for entities, including Indian tribes, governmental bodies, funds and entities organized under the laws of foreign countries, that own
“investments,” as defined in Rule 2a51-1(b) under the 1940 Act, in excess of $5 million and that were not formed for the specific purpose of investing in the
securities offered;
• add “family offices” with at least $5 million in assets under management and their “family clients,” as each term is defined under the Advisers Act of 1940;
• add the term “spousal equivalent” to the accredited investor definition, so that spousal equivalents may pool their finances for the purpose of qualifying as
accredited investors;
• amended Rule 144A under the Securities Act to ensure that any entity that is an accredited investor is also a qualified institutional buyer under Rule 144A to the
extent such entity meets the $100 million in securities owned and invested threshold in Rule 144A(a)(1)(i).

Qualification by Professional Certification
The Commission proposed to designate by order certain professional certifications, designations and other credentials from an accredited educational institution as qualifying for accredited investor status. After considering comments, the Commission adopted the amendments substantially as proposed. It designated the General Securities Representative license (Series 7), Private Securities Offerings Representative license (Series 82) and Licensed Investment Adviser Representative (Series 65) as the initial qualifying certifications, so long as the holders are in good standing. To comply with the good standing
requirement, the license holder must have passed the required examinations and must maintain the license or registration in good standing.

Knowledgeable Employees of Private Funds
The Commission added a category to the accredited investor definition that would enable “knowledgeable employees,” as defined in Rule 3c-5(a)(4)1 under the 1940 Act, of a private fund to qualify as accredited investors for investments in the fund. The Commission noted that it believes such employees, through their knowledge of and active participation in the private fund’s investment activities, are likely to be financially sophisticated and capable of fending for themselves in evaluating investments and stated that these employees, by virtue of their position with the fund, are presumed to have meaningful investing experience and sufficient access to the information necessary to make informed investment decisions about the fund’s offerings.

Rural Business Investment Companies
The Commission expanded the definition of accredited investors to include RBICs. It noted that the purpose of RBICs is similar to that of Small Business Investment Companies, which already qualify as accredited investors, and that amending the definition to include RBICs would provide similar treatment under federal securities laws.

Limited Liability Companies
Under the amendments, limited liability companies may qualify so long as they have at least $5 million in assets and were not formed for the specific purpose of acquiring securities being offered.

Entities Owning Investments
As proposed, the Commission added a broad category to the definition of accredited investors to include any entity that owns at least $5 million in investments that is not formed for the purpose of acquiring the securities being offered. In adopting this proposal, the Commission noted that it intended to capture all entity types that were not already included in the accredited investor definition, as well as any entities that may be created in the future.

Spousal Equivalents
The Commission adopted, as proposed, amendments that allow a natural person to include a spousal equivalent (a person occupying a relationship generally equivalent to that of a spouse) when calculating joint income under Rule 501(a)(6) of the Securities Act. The Commission noted that by doing so it promotes consistency with various existing rules.

Financial Thresholds Unchanged
Although the Commission adopted many of the proposed amendments, it declined to modify the accredited investor financial thresholds. It noted that it was evaluating the effectiveness of the current thresholds to include changes beyond the impact of inflation, such as changes over the years in the availability of information and advances in technologies. The Commission further noted that it was not persuaded that investor protections provided by the financial thresholds have been meaningfully weakened over time due to inflation.

Qualified Institutional Buyers
The Commission expanded the qualified institutional buyer definition by specifically adding RBICs, limited liability companies and other entities to correspond to the accredited investor amendments, so long as those entities meet the $100 million in securities owned and invested threshold. However, the Commission declined to expand the definition to include certain other categories that were proposed during the comment period.

As business leaders, we commonly – and often mistakenly, believe that we communicate well. Communication is important. After all, our words are the ones that steer and drive our organization – and thus its success (or doom). But our Read more… 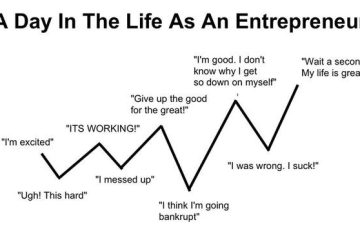 A Day in the Life as an Entrepreneur 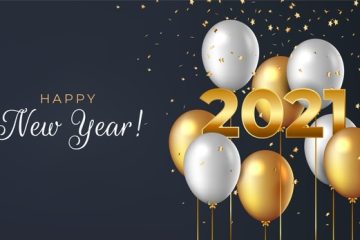 Wishing You a Happy and Healthy New Year